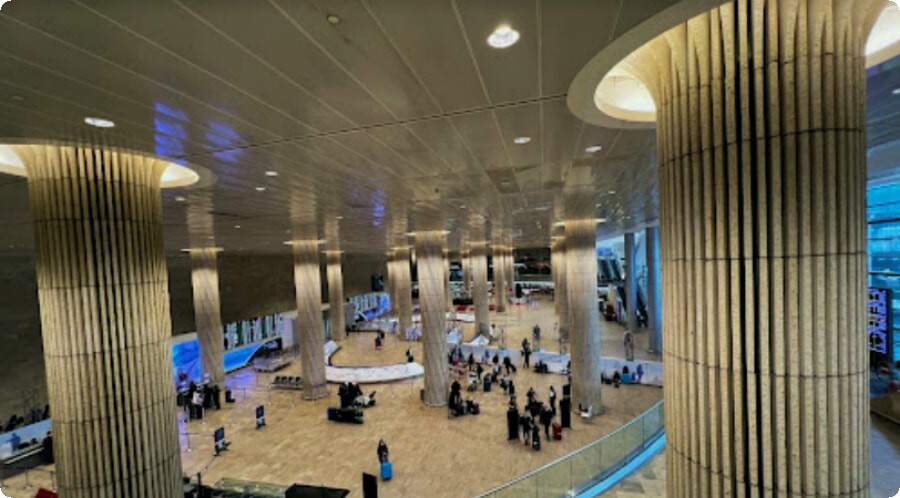 It is difficult to imagine a country in which there is no air transport. It is thanks to the aircraft that it is possible to deliver not only passengers, but also cargo, and even to the most remote corners of the globe. And the speed of development of aviation in developed countries can only be envied.

This also applies to Israeli airports. At any time, despite the subordination to different countries, the territory of modern Israel was attractive for development. The greatest part of the development of aviation in its modern form occurred during the reign of the British. It was at this time that the largest airport, the modern Ben Gurion, was built.

But, for the storage and maintenance of aircraft, special hangars and runways were needed. Israel made full use of all opportunities to build additional airfields.

Despite the turbulent situation not only in Israel, but also in the world, Israel is moving away from hostilities. Some airports from military purposes have been transferred to civil service. Information about airports in Israel (a list of all including) is presented on the official website of the country.

But, for those who want to fly directly to the Red Sea at Eilat airport, there is bad news - only Ben-Gurion and Ovda accept flights from most countries.

Further, of course, you can use domestic flights to fly to the desired airport, but it is more cost-effective to travel by train or bus.

Israel has become famous throughout the world for its strict control measures. It is not surprising, because constant wars, conflicts, terrorist attacks - everything forces this. At the moment, it is Israeli airports that have not only the most severe control system with the help of technical devices, but also a personal search.

Israel is a country where citizens of most countries can travel without a visa. But, this does not mean that getting into the territory of Israel is so easy. It is possible that the customs officer at the airport will not give permission to enter the country. And there can be no other solution if he decides so.

Of course, all this is very scary when choosing a country as a place to travel. In fact, the number of “returned” passengers is very, very low. Usually, after an additional examination, people are still allowed into the country.

The main thing is to follow the basic rules:

- have a hotel reservation;

- have a sufficient amount of money on the card account (well, in extreme cases, in cash).

There is another feature that accompanies Israeli airports. It's all about the enmity between Israel and other Arab countries. Having a visa from another Arab country, it is very difficult to get into Israel. And in the opposite direction too.

But, if visiting different countries is necessary, you can put marks not in the passport, but in a separately prepared document. Israeli customs officers, although gritting their souls, nevertheless comply with this requirement.

Flights with discounts on europefly