Heroes of fairy tales live in the city 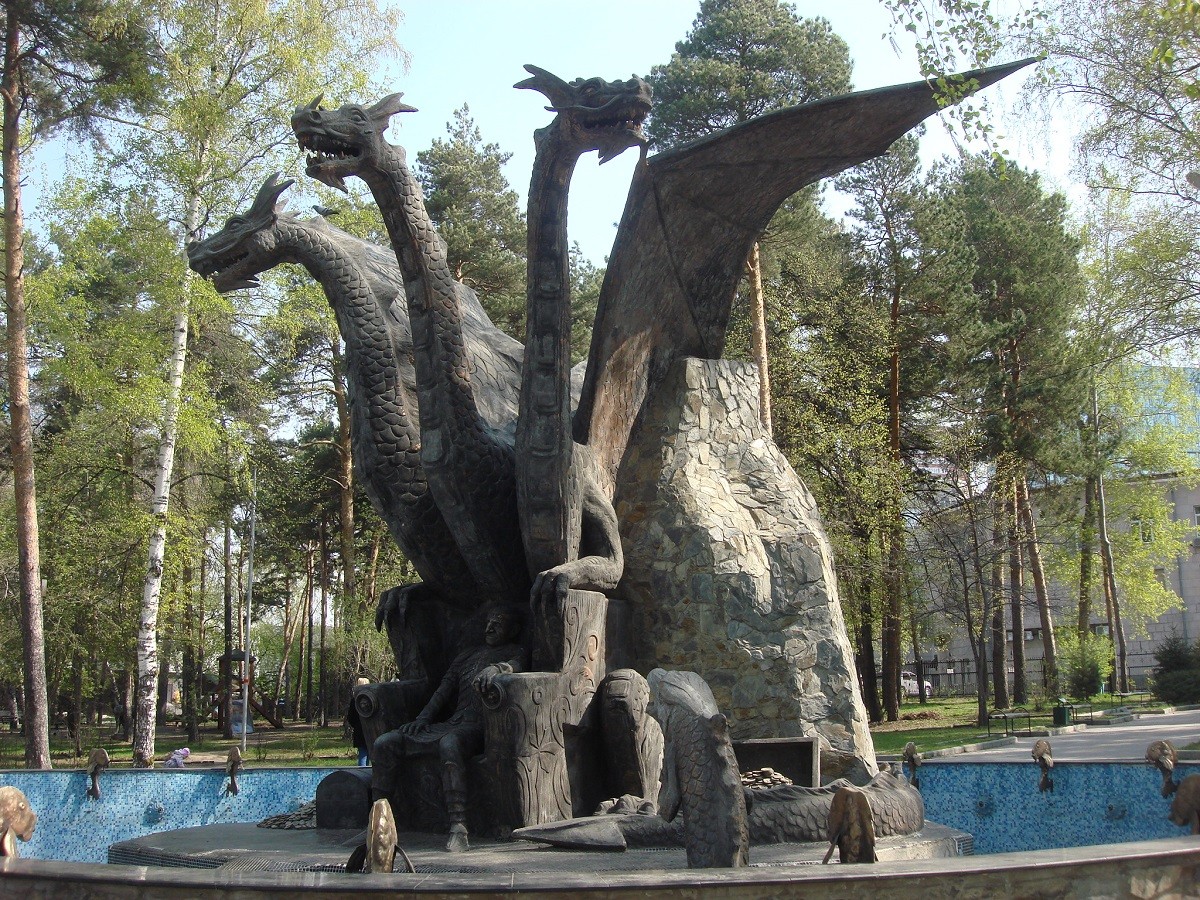 Any city is not only houses, streets, parks, monuments, etc., but also details that will surprise at least or cause a smile at the most.

This, of course, is urban sculpture and whole compositions designed to add variety to the monotony of buildings, even to decorate a separate place and create a mood for passers-by. Actually, this is their direct purpose.

Novosibirsk is quite young by the standards of history, but every year more and more unusual "monuments" appear in it, which cannot but rejoice.

Amusing literary characters perfectly fit into the surrounding space, of course, not only in the very center, where mainly residents of Novosibirsk walk and there are tourists, they are scattered throughout the city and are found in the most unexpected places.

For example, the mischievous Vovka from the cartoon by B. Stepantsev (1965), which has long become an animation classic, adorns Krylov Street.
A lazy man and a mischievous man is lying on the throne, dreaming of miracles: “First, a cake! Secondly, candy! Thirdly ... well, bend it! (this is because two are from the casket) And thirdly, ice cream ... "If only to get into the world of fairy tales, and there, whatever you wish, it will come true.

If a passer-by wants to sit on the royal throne for a minute, to capture himself for good memory, then the phrase “Would I give up my place to my eldest, or is it not trained at school?”, Which has migrated into everyday life, will emerge.

Schoolboy Vovka from the Far Away Kingdom (in metal and plastic) is located opposite the Economic Lyceum.

He appeared here on November 20, 2013 in honor of World Children's Day. For his students, this is a kind of reminder that momentary, effortless result is an illusion.

If we have already touched upon a fairy-tale theme, then the book character, familiar to everyone from childhood, at the Oktyabrskaya metro station is definitely impossible to pass by.

The three-headed Serpent with his immortal ally settled in the center of the fountain in a shady square on Kirov Street, where the dragon Gorynych holds the throne with clawed paws, and the villain Koschey, as expected, withers over the chest with gold, nearby is a pike with an egg in its teeth, where, like in a fairy tale affects, the death of Koscheev is hidden.

Nearby there is a hut on chicken legs, the house of Baba Yaga, their girlfriends and companions from the forest evil spirits, too, turning an ordinary promenade into a nice resting place, where children and adults are, as guests of a fairy tale, visit.

But fairy tales are not all the same, the figure of another literary hero was seen at a combat post at the entrance to the bar and audit service of the city on Bolshevistskaya Street. These organizations initiated the installation of a sculpture of the famous Don Quixote here, sponsoring the creation of the monument.

True, the composition is played with a bias, in it the wandering knight does not perpetuate feats, but points with his finger to Article 48 of the Russian Constitution, which guarantees the rights of everyone to qualified legal assistance.

The original attractions, almost on a par with other city objects, immediately attract attention, deserve the approval of residents and, I would like to think, will be of interest to tourists.