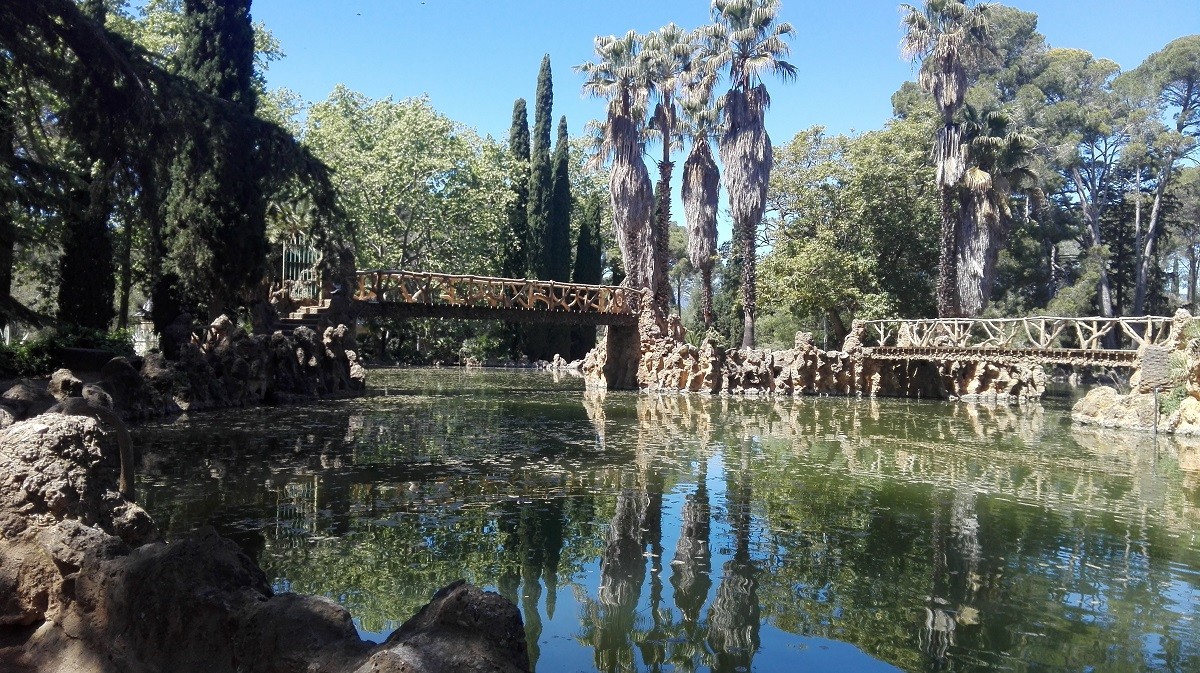 On a sunny Saturday morning, we got out to visit one of our favorite walking spots, which is called the green wonder of Costa Dorada — Sama Park.

Fourteen hectares of amazing views and flavors with an elegant colonial style mansion! For those who spend their holidays in our area, the park is a must-see.

This miracle is located not far from the famous tourist destinations. Six kilometers from Cambrils, five - from the picturesque town of Montbrio del Camp. Salou is also close by.

The founder of the park is Don Salvador Sama, the Marquis Mariano, who lived in Cuba for a long time. It was the island landscapes that inspired him to create Cuba in miniature on his native land back in 1881.

During the Civil War, the park was significantly damaged, most of all went to the palace building. Animals also suffered from human arbitrariness. Through the efforts of local authorities, the park was eventually restored, but the zoo was not restored.

And from the former splendor of the representatives of the fauna, now there are aviaries with pheasants, parrots and llamas.

Royal peacocks roam freely along the shady alleys, calm turtles swim in the depths of the lake. The lake and waterfall attract particular attention. There are three islets on the lake, connected by bridges.

On the central island there is a small mountain, made of cobblestones, forming a cave with a bay window. The mountain is crowned with an observation deck in the form of a gazebo, from where a truly royal view of the surrounding splendor opens up.

One of the dominant places in the park is reserved for the fountain made of the shell of the queen of the molluscs - the giant tridacna.

The apotheosis of our family walk was a small lavender field located next to the central alley.

Having a much more modest size, in comparison with the famous fields of Provence, it completely mesmerized us with the serenity of gentle lilac bushes and the hum of hardworking bees.