The evolution of aircraft cabins 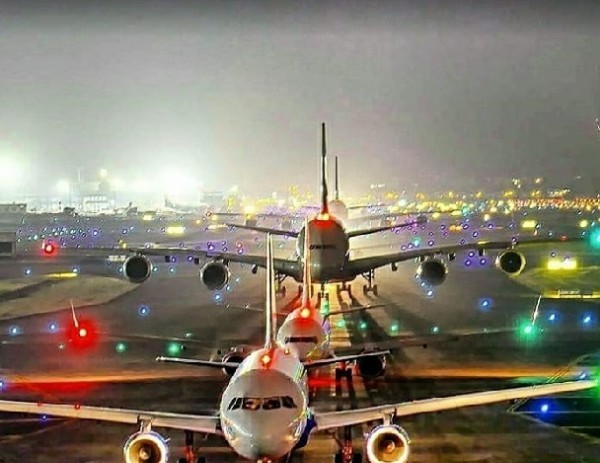 While modern, quiet and comfortable cabins equipped with electronic entertainment systems are something of the norm today, it's worth remembering that for a long time, air travel looked very different. These are the most important moments in the evolution of aircraft cabins.

The history of passenger flights began on March 23, 1911. On this day, for the first time, 11 people were transported over a distance of 5 km. This was done by an Airbus piloted by Louis Blériot. Passengers sat in open cockpits, so it would be difficult to consider this flight comfortable.

Igor Sikorsky designed the Ilya Muromets aircraft, which made its first flight at the end of 1913. Passengers had at their disposal sleeping places, a barrel installed on the roof, through which you could bend your head and admire the views, and even a toilet. It was just a hole through which excrement fell into a distant land. It wasn't until the 1940s that closed toilet systems were created.

This is the merit of the Junkers F13: it had an all-metal construction with 13 seats on board and heating in the cabin. It was also the first aircraft to be sold worldwide with over 350 units. Already in 1919, the first permanent air service for passenger traffic was opened between Berlin and Weimar, served by F 13.

The plane that linked Europe was the Junkers Ju 52 - tin, relatively comfortable and (in the three-engine version) quite safe. It was here that the first on-board kitchen was installed, where food could be prepared. It was developed by German engineer Werner Sells. The kitchen was aboard a luxuriously equipped Ju 52 flown by Romanian Prince George Valentin Bibescu.

Even before World War II, the Americans had an aircraft that could fly faster and higher than other civilian aircraft. Because of the low pressure at high altitudes, it had to have a pressurized cabin. The Boeing 307 Stratoliner was also the first aircraft to be so difficult to operate that it required constant supervision by an onboard engineer. He made his first flight in a stratoliner in December 1938. Until 1940, only 10 of these machines were built.

The De Havilland DH 106 Comet was the first production passenger aircraft. He had a quiet, comfortable cabin with large square windows. No wonder he became successful in the market. However, between 1953 and 1954, a series of accidents occurred in which comets literally fell apart in the air. Thanks to the study of the wreckage, it was possible to establish that the cause was the expansion and contraction of the cabin due to pressure drops.

The Boeing 747 is easily recognizable at first sight by the characteristic "hump" on the fuselage. Here is the second deck level. The first flight of the Boeing 747 took place in 1969. In cargo versions, the slide is short, and only the crew of the aircraft is accommodated on it. In the passenger versions there are additional seats for passengers. The latest model 747-8, produced since 2005, has a length of 76.3 meters and is the longest passenger aircraft in the world. It can take from 362 to 581 travelers. However, the Airbus A380 is even larger - a double-decker aircraft along the entire length of the fuselage, accommodating up to 852 passengers.

Many hours of flight meant a trip for travelers - for the time being. In 1984, American Airlines installed the first telephone system available to passengers. Nine years later, there was also a fax machine on board - the pioneers in this business were Singapore Airlines. The first email was sent in 2001 from an Air Canada aircraft. Lufthansa, on the other hand, was the airline that first made internet access available to all passengers on board in 2004.

The best way to buy cheap flights on Europefly